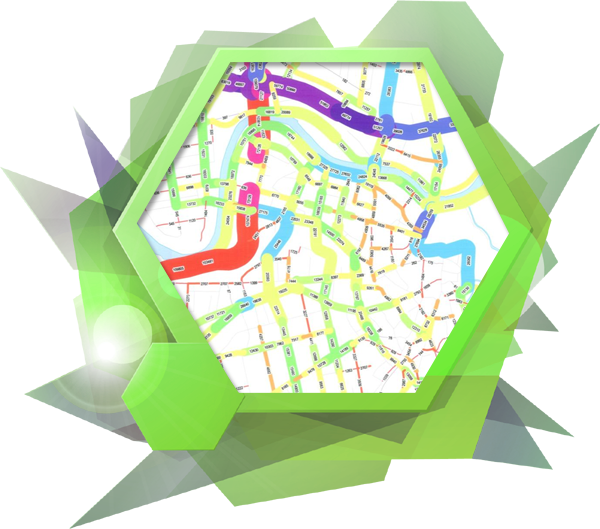 The map of Tallinn road network emanates from NAVTEQ, the location specialist. Once digitised, each pathway in the city carries a flow of audience.

The first step is to identify absolute counts of traffic and pedestrians and to accurately assign them to specific locations. The counts are obtained from many sources including the City Municipality of Vilnius and VSI Susisiekimo paslaugos. In addition, Outdoor Impact Baltics plans to commission its own counts to verify the official data and to add statistics in areas where the official sources might be sparse, e.g. residential roads.

The task of the Traffic Intensity Model is to expand the traffic figures at known locations so that they cover the entire city. The extrapolation is based on a flow algorithm that stimulates car and pedestrian traffic with respect to traffic rules, location infrastructure and other surrounding count stations. The model takes into account the distance from an original measurement and the traffic complexity in between. It generates short distance flows so that for each point on a street it is possible to analyse contributing flows and particular intensities. It is able to simulate traffic intensity and generate similar conditions in similar locations.